A popular singer from the 80’s and 90’s, Byun Jin Sup is bringing his music to the United States in early January of 2015. As a legendary ballad artist of the 20th century, Byun Jin Sup will be bringing the audience back to the old days with his smooth and calming songs.

Ticket prices have not yet been released. Stay tuned for more information. 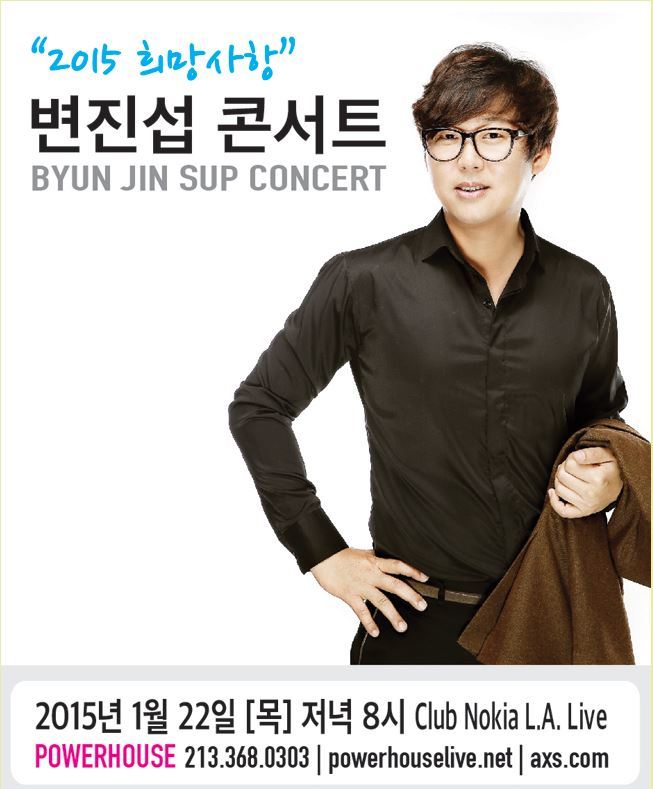