In the latest poster release for the upcoming Hollywood action thriller, SELF/LESS, K-pop fans were delighted to find a few very familiar names.

The poster included the question, “Whose life would you want to steal?” 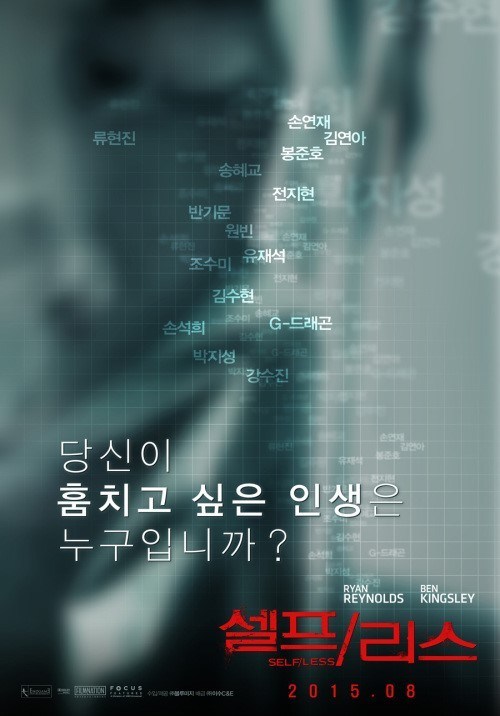 Check out the official trailer for the video below:

Although shown on the poster, the various celebrities do not have starring roles in the film which has Ryan Reynolds and Ben Kingsley as its leading cast. SELF/LESS will be hitting theaters in August.

So…whose life would YOU want to steal?