Although JYP Entertainment rookie girl group TWICE put up a fierce fight after a resurgence on the charts allowed them to start promoting “Like OOH-AHH” once again, Gary’s incredible digital sales inevitably won him the #1 prize on Inkigayo, even without performing on the music show.

Netizens cheered the rapper on and complimented him on his new song, but also congratulated TWICE for putting up a good fight. 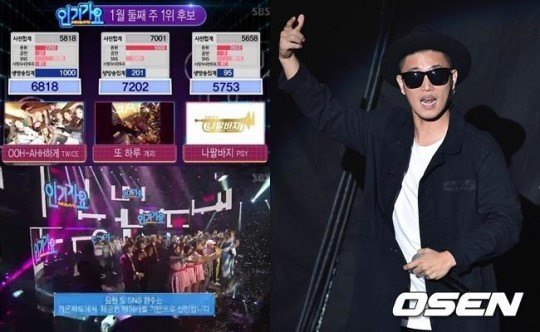