Actress Ryu Jun Yeol has gained a lot of fans from playing a lead role in tVN drama Reply 1988, and there has been a lot of debate recently about his looks.

While his fans insist that the actor is incredibly handsome, others have argued that the actor’s character in the popular drama is affecting their vision. In light of the debate about Ryu Jun Yeol’s attractiveness, a post on Pann about how people see the actor before and after watching Reply 1988 has gone viral in Korea. 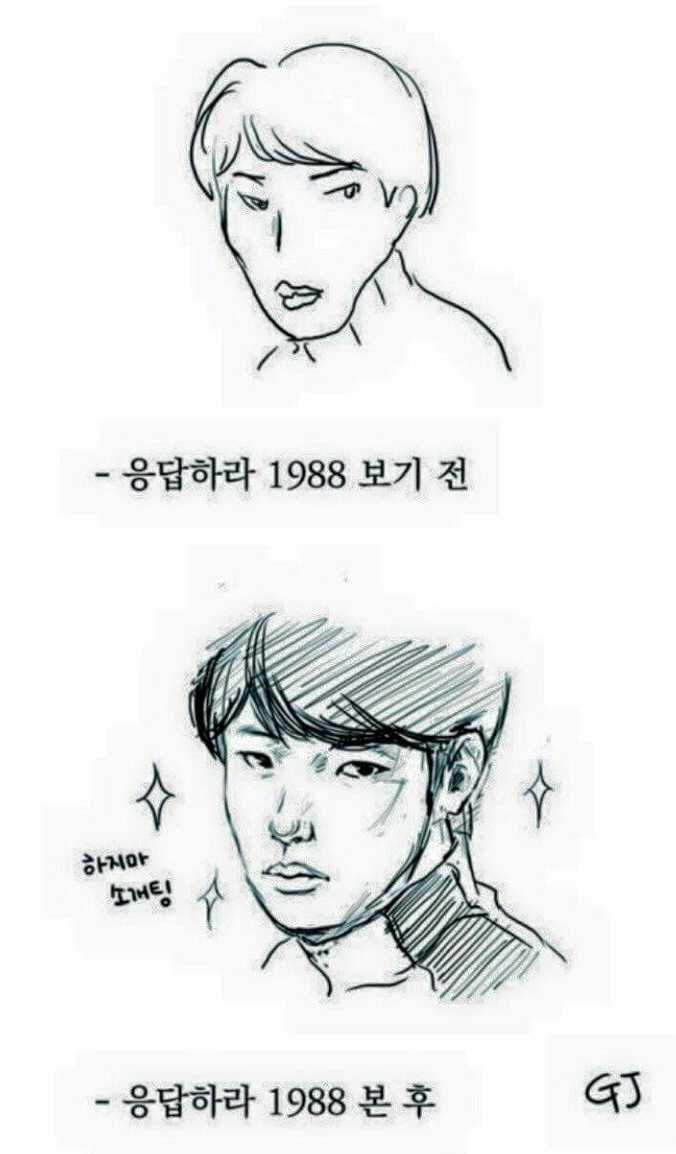 [+ 160, – 21] The public went from hating the drama because of Hyeri before it even started and than fallign in love with her ㅋㅋㅋ