He posted a bright selca of him saying, “…I just started weibo! bumkeyKM.” The profile picture on his Weibo is the same one that he posted on Instagram as he introduced the account, and his first post was a different viewpoint of his profile pic.

The photo shows him taking the picture using a selfie stick as he says, “Somebody says selca stick is very cheesy but I think this is the best item I’ve ever had.” 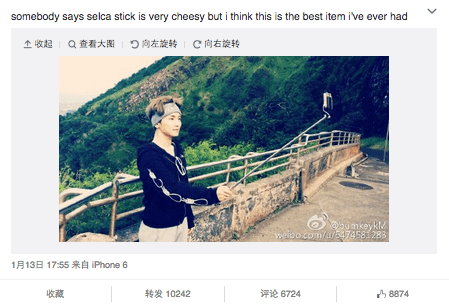