SHINee is, without a doubt, one of the most extra groups in K-Pop. They are always trying to do the most, so… here is a humble attempt at remembering some of those moments.

1. Introducing themselves in the most extra way possible at SMTOWN Live

2. “Walking” down a hallway

shinee’s so happy and extra together what a blessing pic.twitter.com/i64lAnHchn

This is SHINee at every end of year music or award shows lmfao the shook faces of the other idols have me on the floor pic.twitter.com/YPI4cCysFG

4. Watching EXO Kai’s VCR during an event and reacting with the most

5. “The most extra game of Rock, Paper, Scissors” in history

The most iconic game of Rock Paper Scissors in history pic.twitter.com/yaKQ8a3zqY

6. This truly full-bodied laugh that deserves it’s own official name

7. This totally necessary moment during an award show win

shinee being extra ft. jonghyun’s stability despite being out of breath ? pic.twitter.com/6mU5ZmAWOm

8. Jonghyun just going so hard on this dance he actually falls + Minho’s laugh

9. Knowing exactly what do to when caught on camera

jongkey being extra in the back then suddenly jonghyun hit his ears lol https://t.co/fbCdKj313W

10. The only proper reactions to fireworks, really

minho is so extra oh my God pic.twitter.com/WZfk5tdgsC

11. Totally destroying SHAWOLs with their amazing dances (friendly advice: wait for the end)

APPRECIATE. MINHO’S. DANCING. ABILITIES. (and wait until the very end for an extra appreciation) pic.twitter.com/G0i4aHt3Or

170226 jonghyun and minho after seohyun’s concert

13. Crushing the “Macarena” the way only Minho can

14. Being as melodramatic as humanly possible

I swear I stan one of the most extra idols out there ?? when Kibum started wiping the fake tears I was done ???pic.twitter.com/JlPluINF2Y

15. When they got spooked at a haunted house and reacted with their whole bodies

Remember when shinee went to the haunted house ? taem and ming went to catch a ghost, and kibum scream is an extra ? pic.twitter.com/1HTtGORvqZ

16. Everything about this photo series 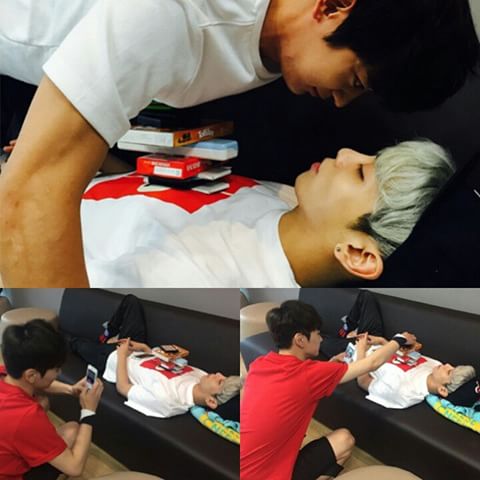 17. This unforgettable moment where they were all killing it but then Key came in with The Most

18. When they had this melodramatic moment on stage

19. When Jonghyun went hard on showing his manly side and talents

20. When Key aimed to kill during this special stage of “Everybody”

22. When Onew was extra extra cute while thanking fans

??? Onew is so extra and cute i love him pic.twitter.com/isNu8Dthau