China is still reeling in the feeling of the 4MINUTE “Crazy,” as proven by the girl group’s charting for 10 weeks straight!

4MINUTE’s mini-album Crazy was originally released in February 9th, and while it was certainly a hit in South Korea, it continues to trend as one of the hottest tracks in China. The title track is still seen atop the charts in #1 on one of China’s largest music site QQ as of April 29th, making this their longest ranking track ever. 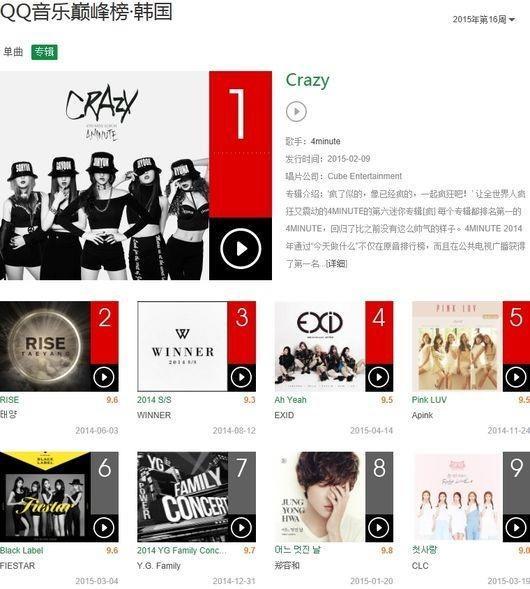 BTS Wins Three Awards Ahead Of The 2022 Billboard Music Awards

10 K-Pop Idols That No One Is Allowed To Dislike, According To Fans

TXT’s Beomgyu Didn’t Want To Get Fired By Bang Si Hyuk, So He Pinned It All On Soobin

10+ Of The Funniest Memes And Tweet Reactions To GOT7’s “Construction Era,” Courtesy Of Ahgases

Showing Appreciation For The Numerous Piercings Of Stray Kids’ Members