ARSTO‘s member Eun Woo has been hospitalized due to his declining health. The singer fell ill and was sent to the hospital after a showcase in Taiwan.

Eun Woo has shown improvement in his health since his hospitalization and is expected to return soon. Until his return, Fantagio Entertainment will be careful to make sure that Eun Woo is fully better before rejoining the group.

On March 1st Fantagio Entertainment released a statement regarding the future absence of Eun Woo from ASTRO’s schedule.

“ASTRO member Cha Eun Woo will cease all activities for the time being due to a sudden cold. He will use this time to rest and get better.

Cha Eun Woo’s health condition dropped drastically after performing at Taiwan’s showcase. He was taken to the hospital immediately and received treatment. Even though his current condition is much better than before, he has to have some more rest before we can say he’s better.

We believe that his health is of the utmost importance so after consulting the doctor – he will be resting and not participate in promotional activities.

We apologize to the fans in Taiwan for this sudden news even though the fans have been waiting for this moment for so long.

We also apologize to every other fan and we will make sure to use this time to make Cha Eun Woo’s condition better and focus on his participation with ASTRO’s future activities.” 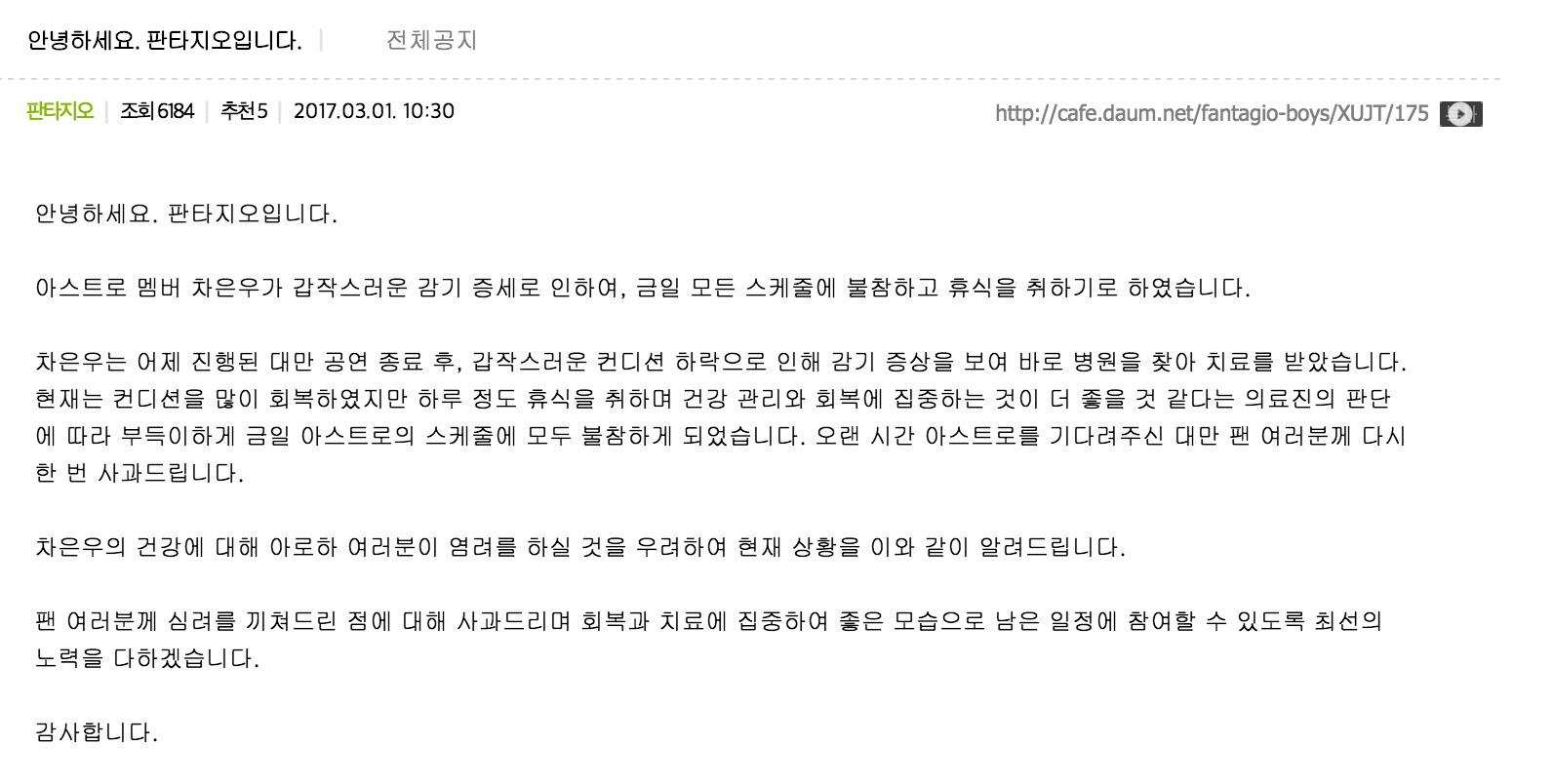