BTS has been announced as the winner of the 2018 TIME 100 reader poll. 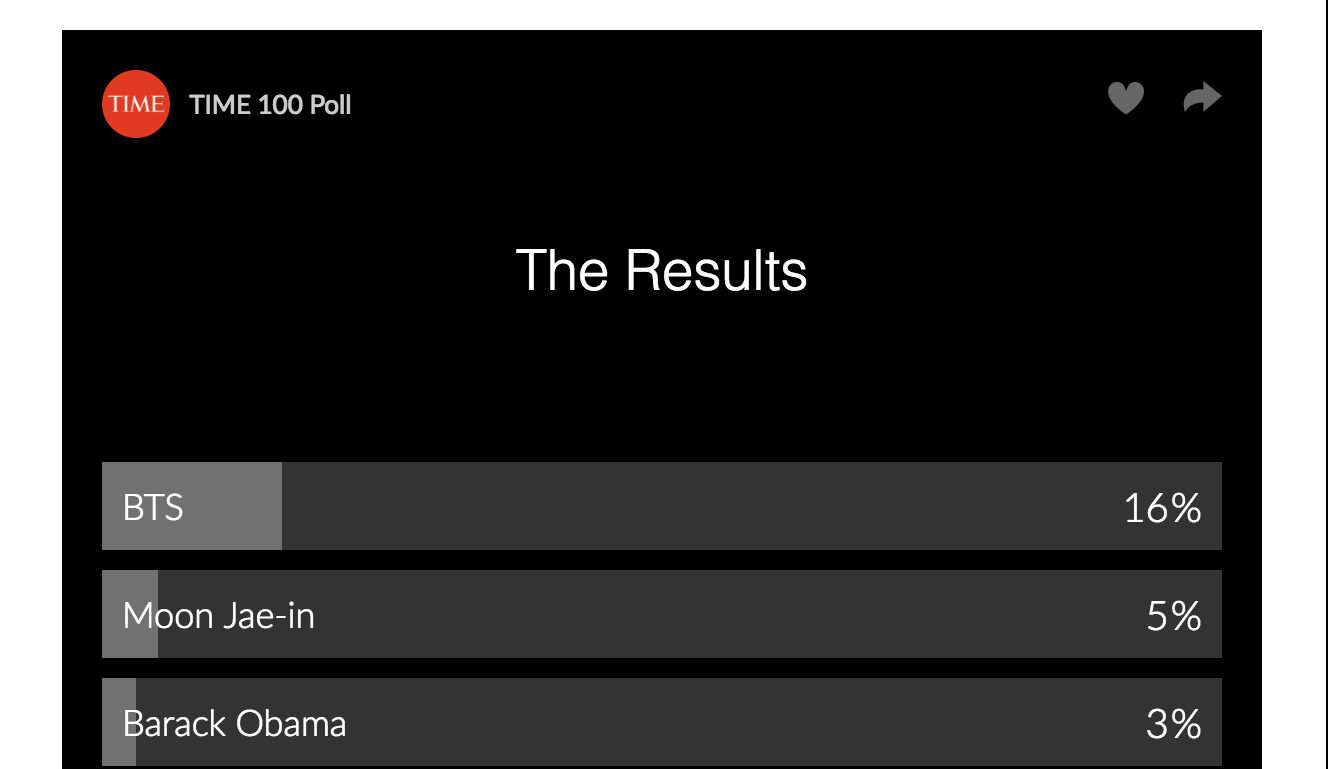 Although TIME editors will be selecting the TIME 100, the online reader poll is open to the general public.

The official list of the 100 Most Influential People in the World will be announced on April 19.

The boys racked up 16% of the vote while their own president received 5%. Barack Obama received 3%. Other options included Serena Williams, Stephan King, Kim Jong Un, and more.

Last year, Philippine president Rodrigo Duterte won the reader poll with 5% of the vote and was included in the 2017 TIME 100.

Fingers crossed that BTS will be on the list this year as well! Congratulations to BTS and ARMY for another awesome honour.

BTS Is Bulletproof In First Set Of “PROOF” Concept Photos

“AESPA IS FOUR” Trends After Giselle Is Excluded Once Again, This Time By Two Famous Establishments

BLACKSWAN Officially Has Two New Members, And Here’s Everything You Need To Know About Sriya And Gabi

BLACKPINK’s Jennie And Her Mom Are Living Together For The First Time In Decades, But Now Jennie Is Moving Out