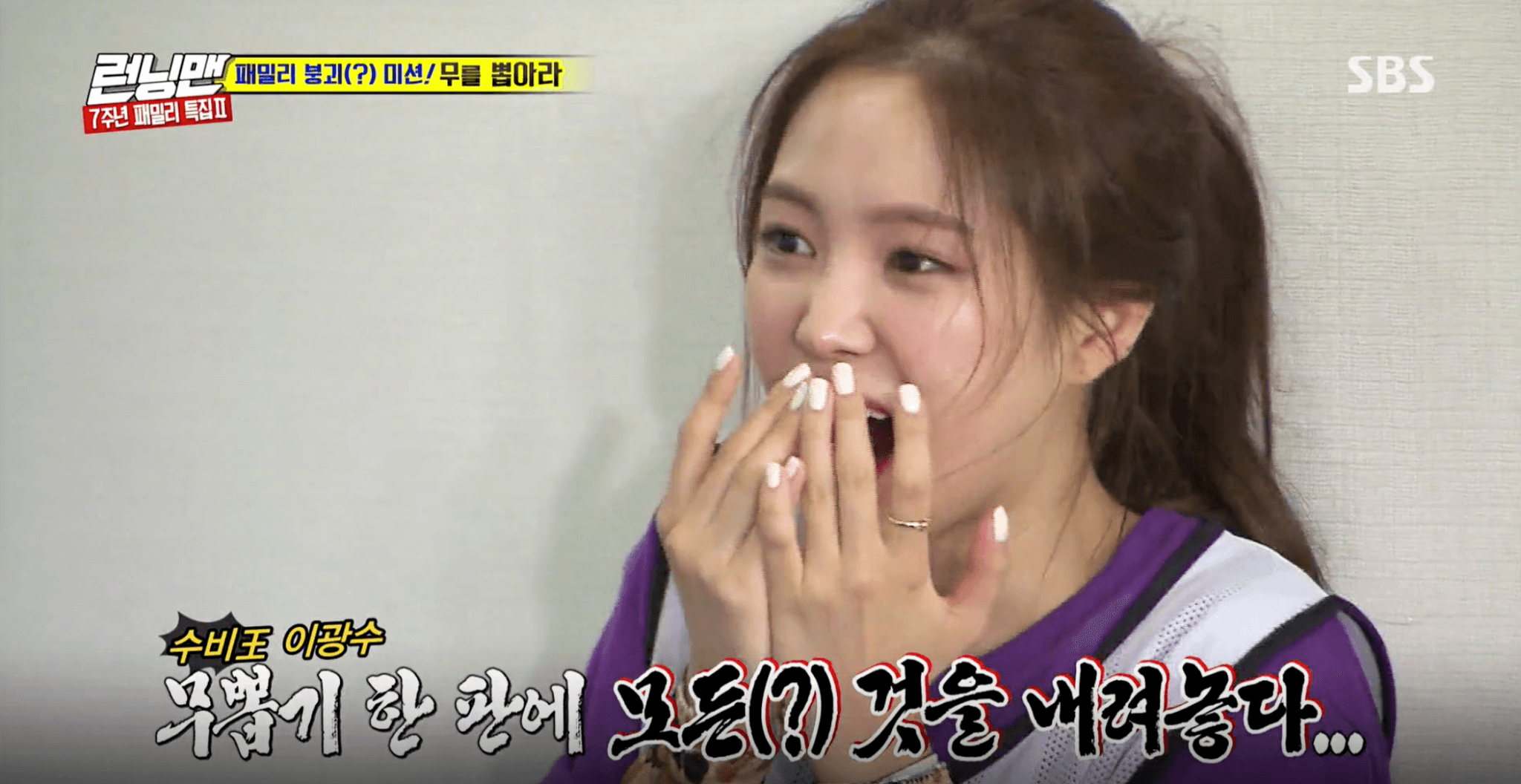 He was playing a game where members of the other team had to pull him up while he held on for dear life.

The other members pulled on his pants and underwear, giving him the biggest wedgie!

And not only that, his pants were stretched too far and too wide.

When Lee Kwang Soo got up to fix his mic, his pants just dropped straight to the floor!

Son Naeun was at the worst place at the worst time because she got a full view of his rainbow colored underwear!

Half scared and half traumatized, she quickly covered her face.

Her reaction was priceless as she was both surprised and amazed at his comedic timing!

Later on, he was pantsed again by a bucket of water!

Lee Kwang Soo is truly the master of variety shows as he sacrifices his pants for laughs!