Girl’s Day’s Yura and former 9MUSES member Minha appeared completely identical when they arrived for a taping of Music Bank back in 2015. 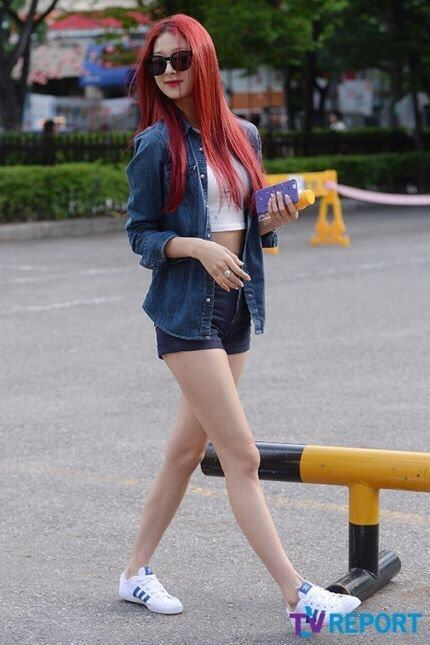 They both wore similar outfits, with their jackets and shorts being very similar, and only slight details varying between the two outfits. 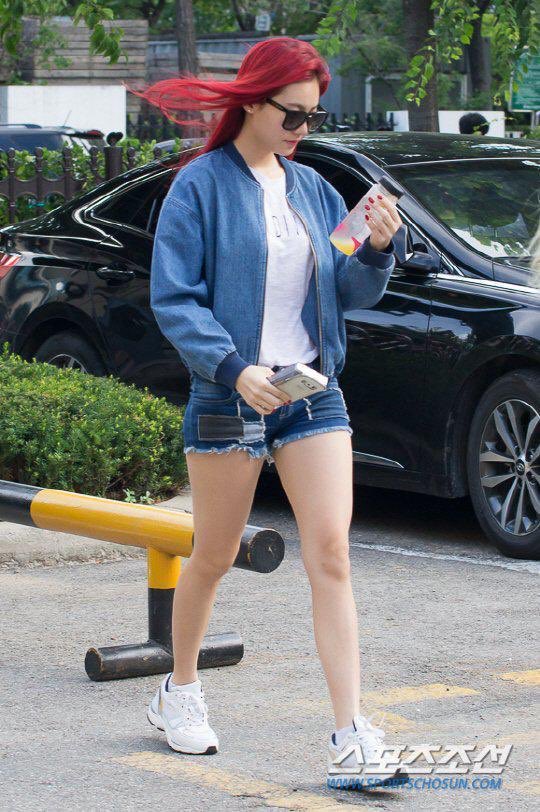 Not only that, but they both arrived wearing sunglasses and their shoes were even the same colors! 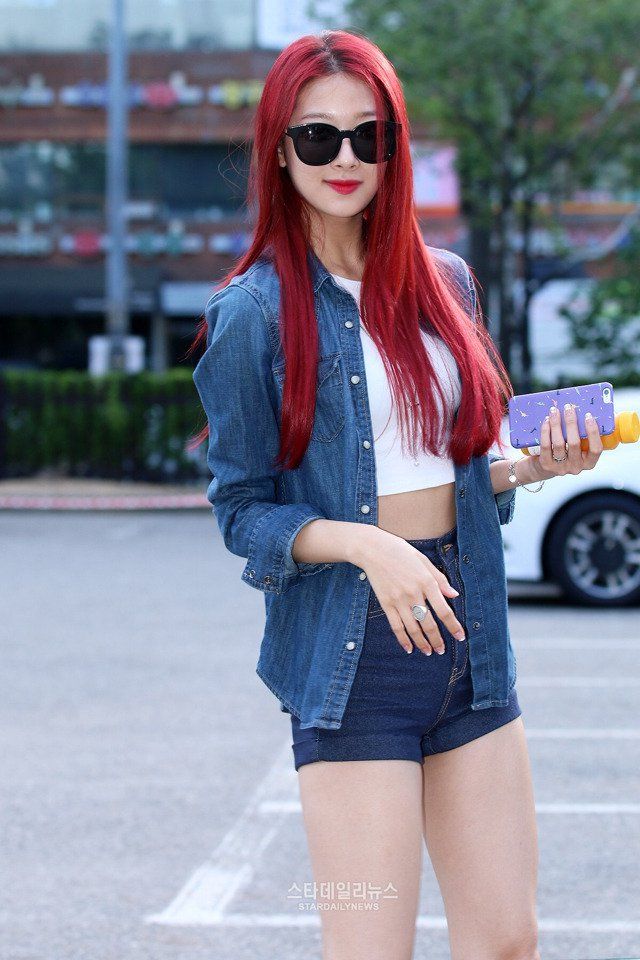 To complete the confusion, both members had their long hair dyed bright red, making it incredibly difficult to tell the two apart. 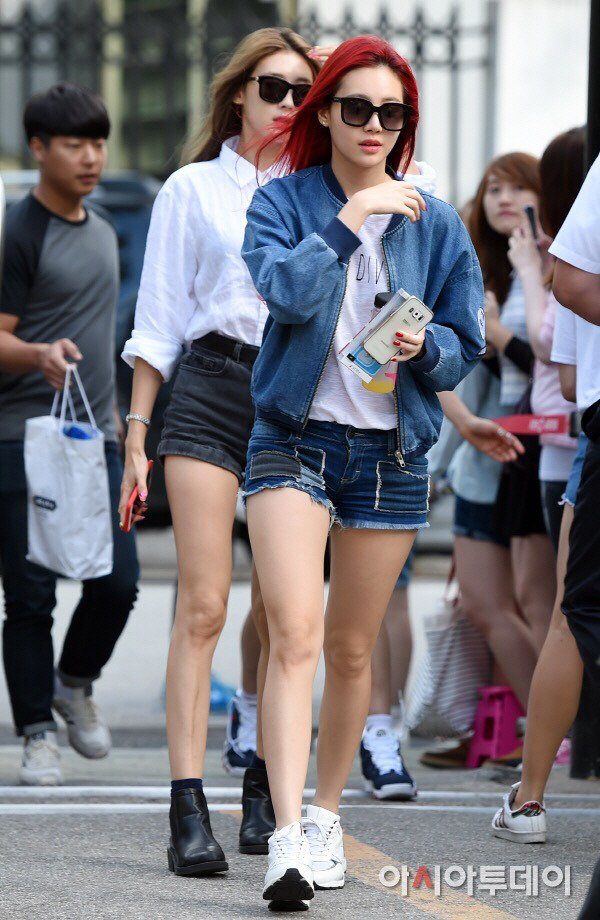 There is one thing that reveals who is who, however, as their shirts were slightly different, but it’s definitely not easy to tell them apart at first sight! 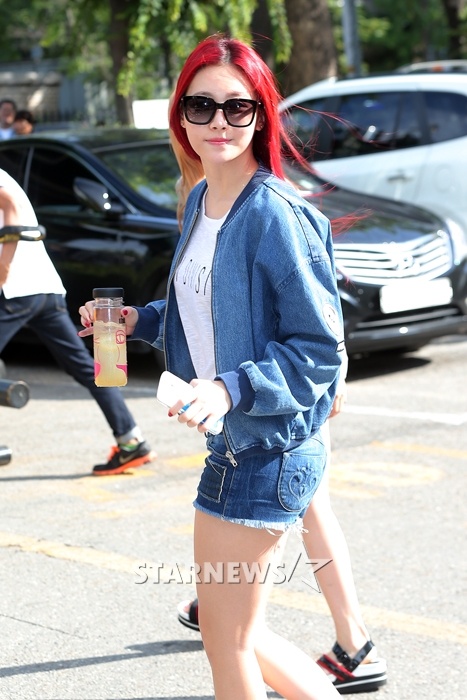