San-E and Irene were part of the MC line-up at the recent 2017 Korea-Vietnam Friendship Concert. 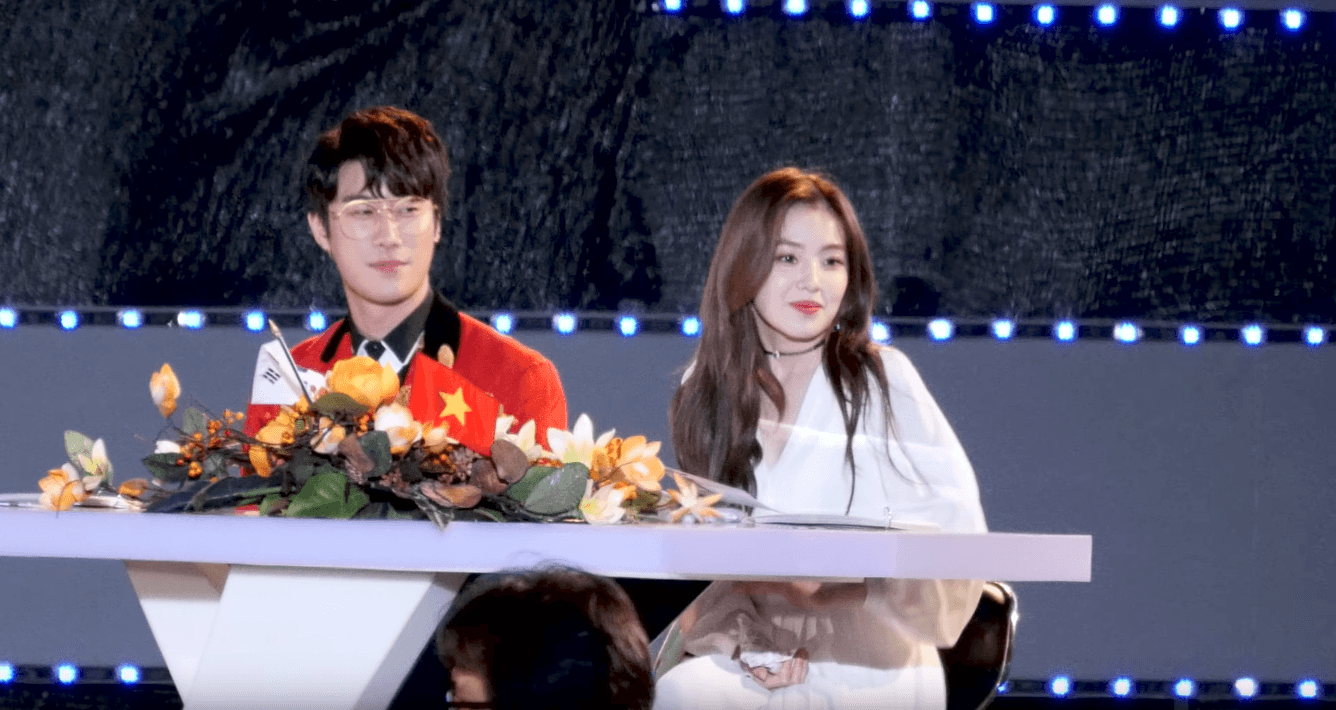 During their downtime, Irene decided to practice some of her lines while San-E interacted with fans.

San-E saw a fan looking at them, so he playfully put his arm on Irene’s shoulder and stuck his tongue out.

At the time, Irene looked surprised but laughed along with him.

When fans saw the video, however, they were less than happy at San-E’s unsolicited physical touch.

“Where do you think you’re putting your arm…”

“San-E you have to apologize. Even if it was a joke, did you see how shocked Irene looked? Apologize to ReveLuvs for poking your tongue out at them too.”

“San-E, please apologize to Irene. She looks so pissed off. How rude.”

Some were offended by how he appeared to be taunting Red Velvet fans by touching her and sticking his tongue out at them.

“I think it’s very rude of you to rest your hand on someone else’s body and stick your tongue out at fans to try and feel superior.

Even if it was just a joke, don’t you know that the recipient [of that joke] can’t even do anything about it, even if it’s offensive?

I can’t understand how you can undermine fans like that in a public space, and I can’t help but interpret what you did yesterday as ‘I can do things like this but you can’t, huh?’

In that time, I saw how you thought of and perceived women, so I’m very offended.”

“Excuse me, is Irene’s shoulder a leaning post for you?

Do you think it’s funny to be teasing fans by poking your tongue out and throwing up a V sign?

Did you think we were screaming because we saw you and thought, ‘Aw we can’t do that ㅜㅜ We’re so jealousㅜㅜ’?

We screamed because it was f*cking rude and uncomfortable for us to watch;; Please think.”

Fans believe that San E directed the lyrics towards Irene.

He pointed to Irene while rapping “you’re my type“, “the way you smile, so beautiful“, and “just a look from your eyes they will get a loan out for you“.

But turned away from Irene while rapping “You will automatically get a tent (erection)“.

Some fans claimed that San E was directing inappropriate lyrics at her by pointing her out as the subject of the song.

On the opposite side, there are those defending San E and claiming the performance was not intended to offend or harass Irene.

The comments discuss how San E only called her beautiful and turned away while rapping the more sexual lyrics.

Some users have also shared a perspective that it’s all a matter of interpretation. 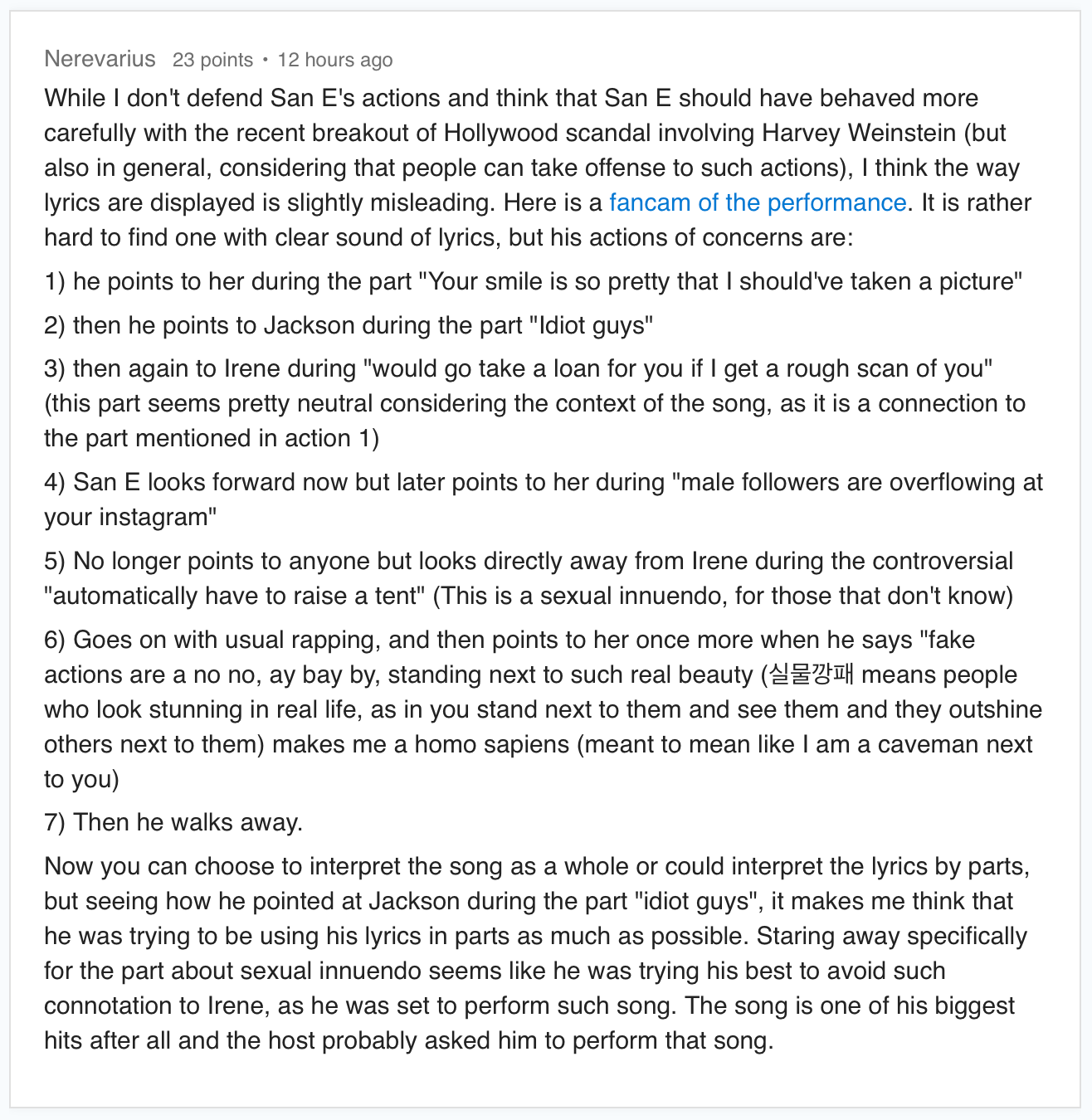 Since the incident, San E’s Instagram has quickly become flooded with messages demanding an apology. 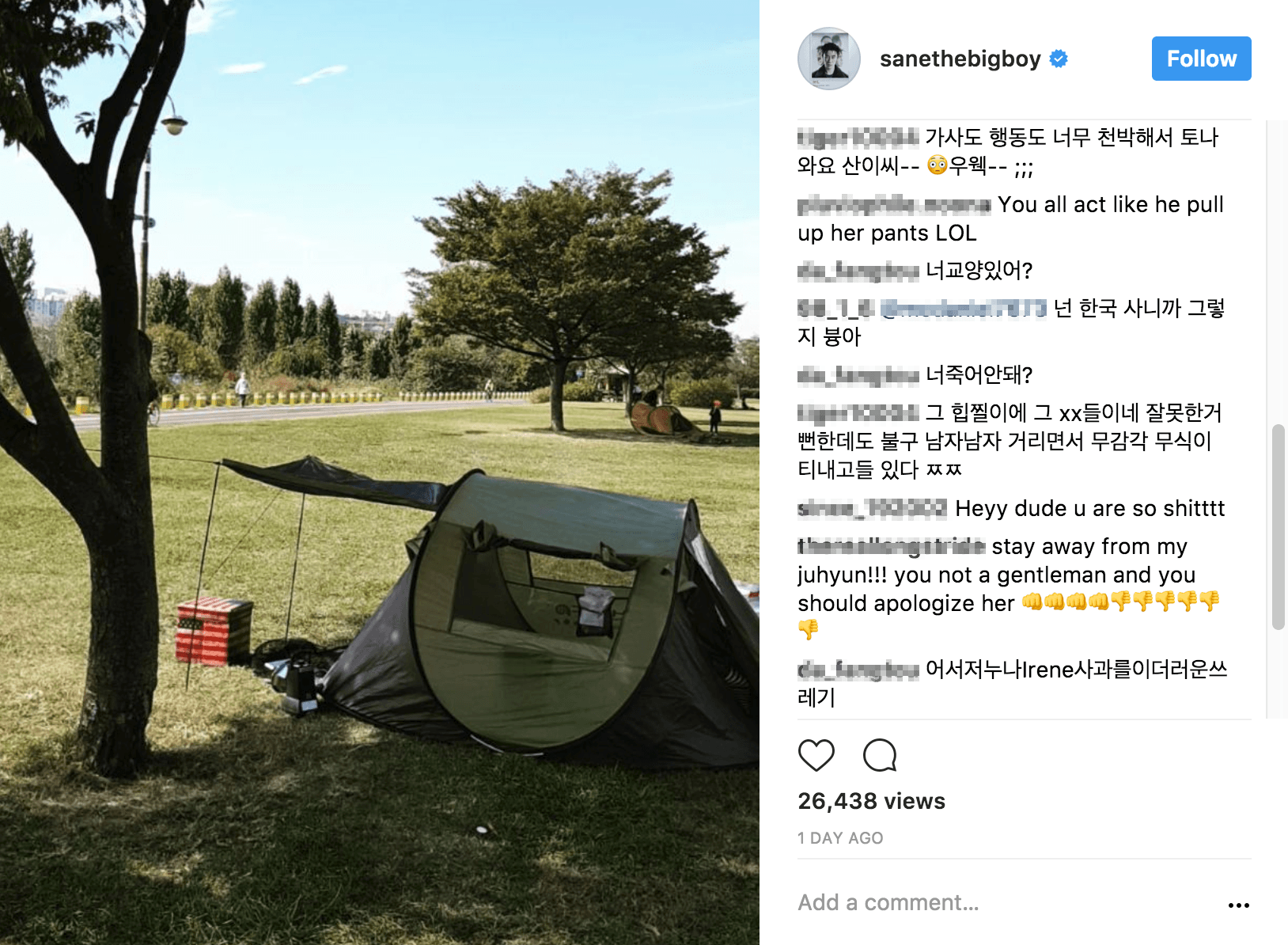 SM Entertainment and Irene have yet to comment on the incident and how Irene feels about this issue. 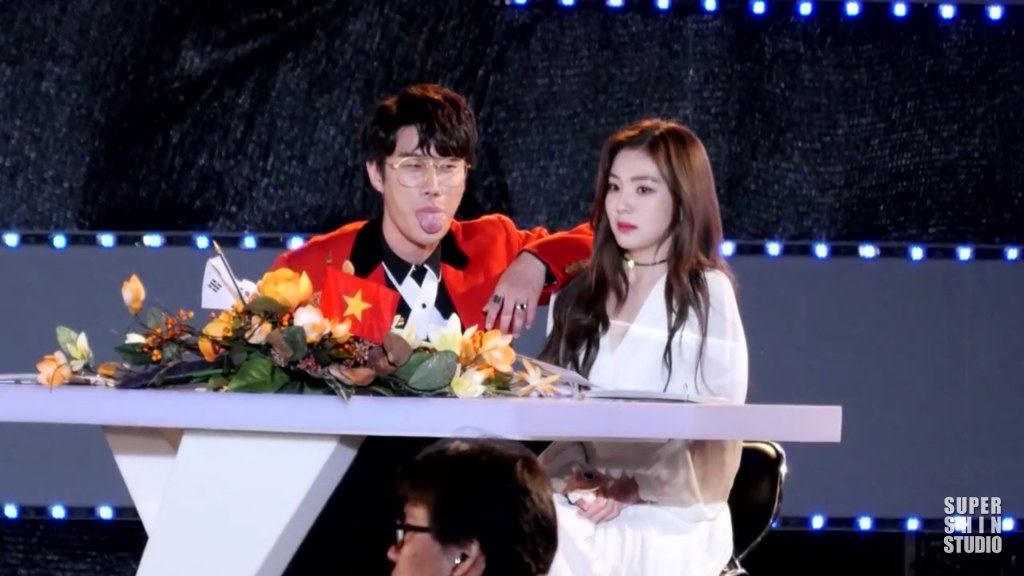 Watch the full video of the “touching” in question below.

Watch the full video of the performance in question below.