Hwarang: The Beginning may just be a drama, but the brotherhood that’s formed among the cast appears to be quite real.

Hwarang: The Beginning is currently airing on KBS2, and has gained popularity due to its star-studded cast. The cast boasts top actors Park Seo Joon and Park Hyung Sik, along with a supporting cast of Do Ji Han, Cho Yoon Woo, SHINee‘s Minho and BTS‘s V.

While it’s become clear that they have quite a bit of on-screen chemistry, behind the scenes photos revealed that they’re really great friends off the clock as well. Whether it be in between takes or during press schedules, the cast always take time out to have fun together. 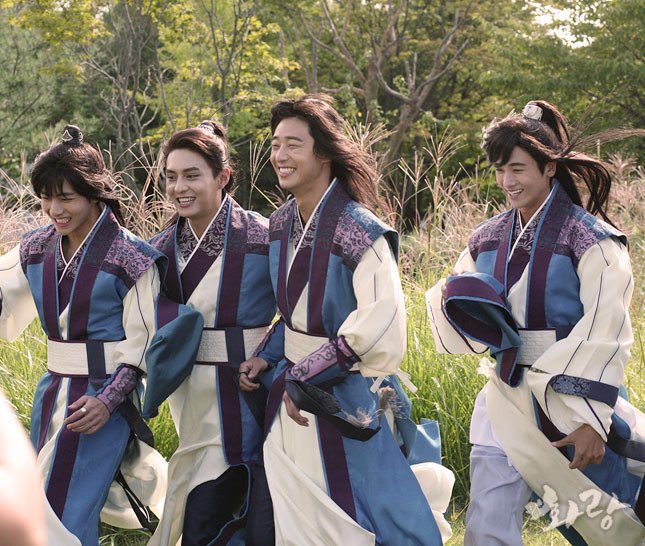 Kim Taehyung, Do Ji-Han, Park Seo-Joon and Park Hyun-Sik having a good time behind the scenes.

There’s always time for laughs during interviews, as the friendly banter amongst the cast members is obvious.

The cast will always provide an upbeat atmosphere with their positive vibes at events.